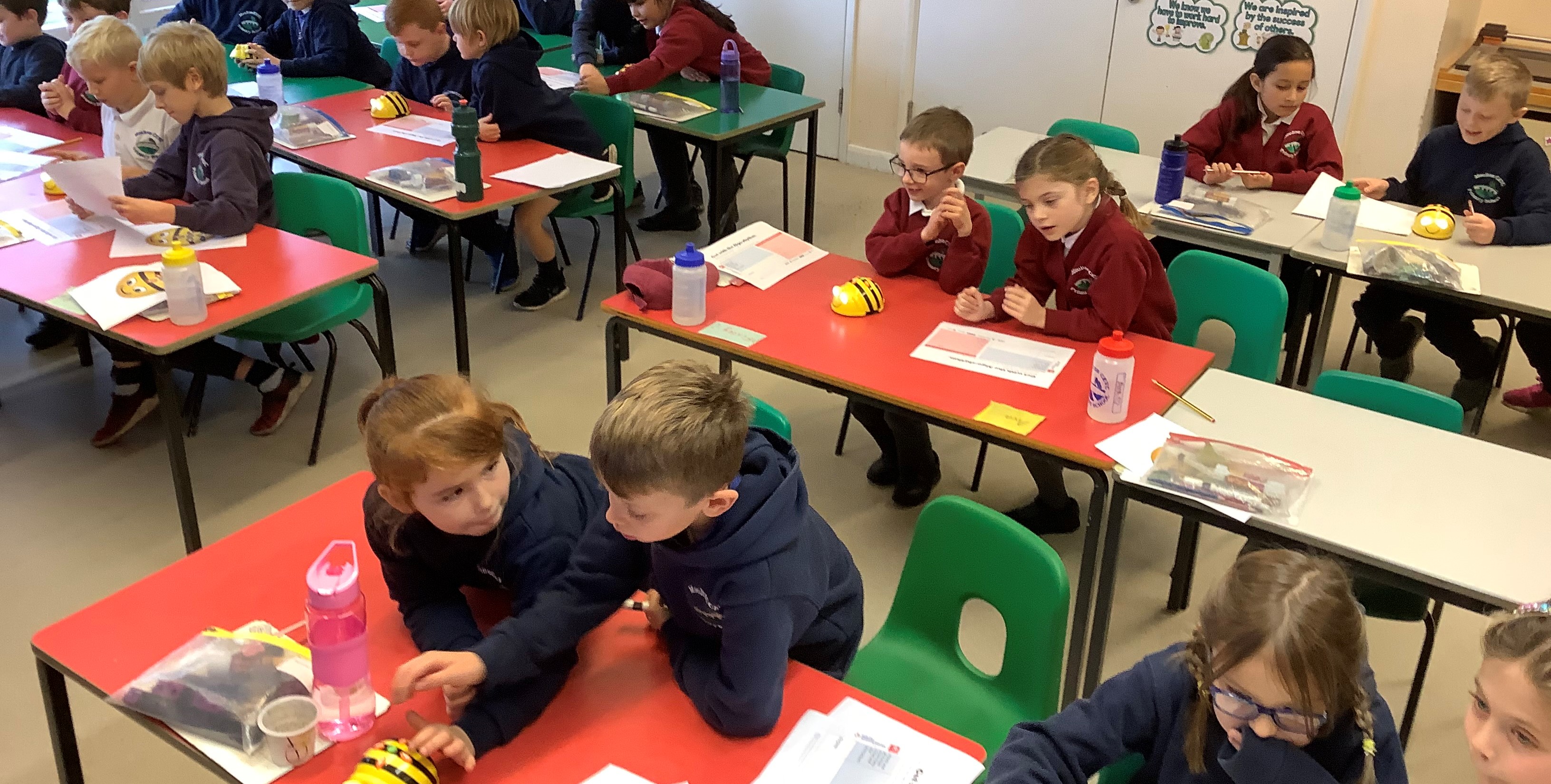 Best of both worlds: Estelle’s journey in a pioneering role - May 21

Behind the scenes on workshop development

This month I thought I would pull the curtain back and reveal a little about how I develop our Digital Schoolhouse workshops.

Generally, new workshops begin with a pretty much fully formed activity. Take Part-Baked Games, this workshop started life with the idea of part-baked games - a concept where students attending a workshop would be provided with a partially finished game, complete with all of the assets for the level design but missing the code (or part of the code) to make the game work correctly. This idea came about because I had noticed that often students would want to spend a lot of time on the level design for a game when it would be the programming that would be marked by the teacher. This would lead one of two ways: students feeling disappointed that they couldn't spent a lot of time on the design or students who spent extra time on the design of their game gaining a lower mark for incomplete or lower complexity in their code. By taking the design element out of the students hands (of course students wanting to add their own design could do this as an extension activity) by providing students with high quality assets for their game and focusing solely on the programming students were able to focus more clearly on learning transferable programming skills.

With this idea in mind I then started to think about what skills would be most useful for students to learn. This took me down the route of thinking about game mechanics. When students develop their own games (like they do in the Loopy Games workshop) they tend to ask about how to implement specific mechanics into their game idea. Therefore, a workshop which gives students the skills to build these mechanics without needing teacher input would be a useful addition to our workshop repertoire!

The next issue was what mechanics to focus on. A new version of Loopy Games that I had been working on used BAFTA YGD's Idea Generator cards (an online version can be found here) to give students a set of guidelines that they would need to base their game on, one of these cards specifies the Rules that the game will use - in other words, the mechanics it will have. I took all the Rule cards and began planning how each would be implemented in a simple game. At this point I realised that having a separate game for each mechanic would provide too much work for students to complete in a one day workshop and so the 5 part-baked games were born. Each game incorporating several mechanics into a single game.

With the games developed, I was able to approach one of our partners for some assets and thanks to Scirra (the team behind Construct 3, the game engine that our part-baked games are built in) each of the mini games had its own characters and level assets.

The next step was to write the simple step by step instructions that would teach students how to add program each mechanic - when I write these kind of resources I try to make sure that each slide in the teacher presentation covers a single step and that the accompanying image clearly shows students what they need to do for that step.

The final element was to add Digital Schoolhouse's USP - a playful unplugged activity that would bring the concepts covered in the workshop to life. For this, I was taken back to teaching a cohort of Korean teachers about flowcharts and algorithms using playground games. I selected playground games that made use of each of the mechanics built into the part-baked games in real life and wrote an activity where students would be required to match the playground games to each of the mechanics they would be learning how to code.

With the unplugged activity written, Part-Baked Games was complete and ready to be used by our network of lead teachers in schools across the country.

If you are interested in hosting a Digital Schoolhouse workshop at your school check out our map to find your local schoolhouse and get in touch!